Data structures are at the center of Thin Backend applications. 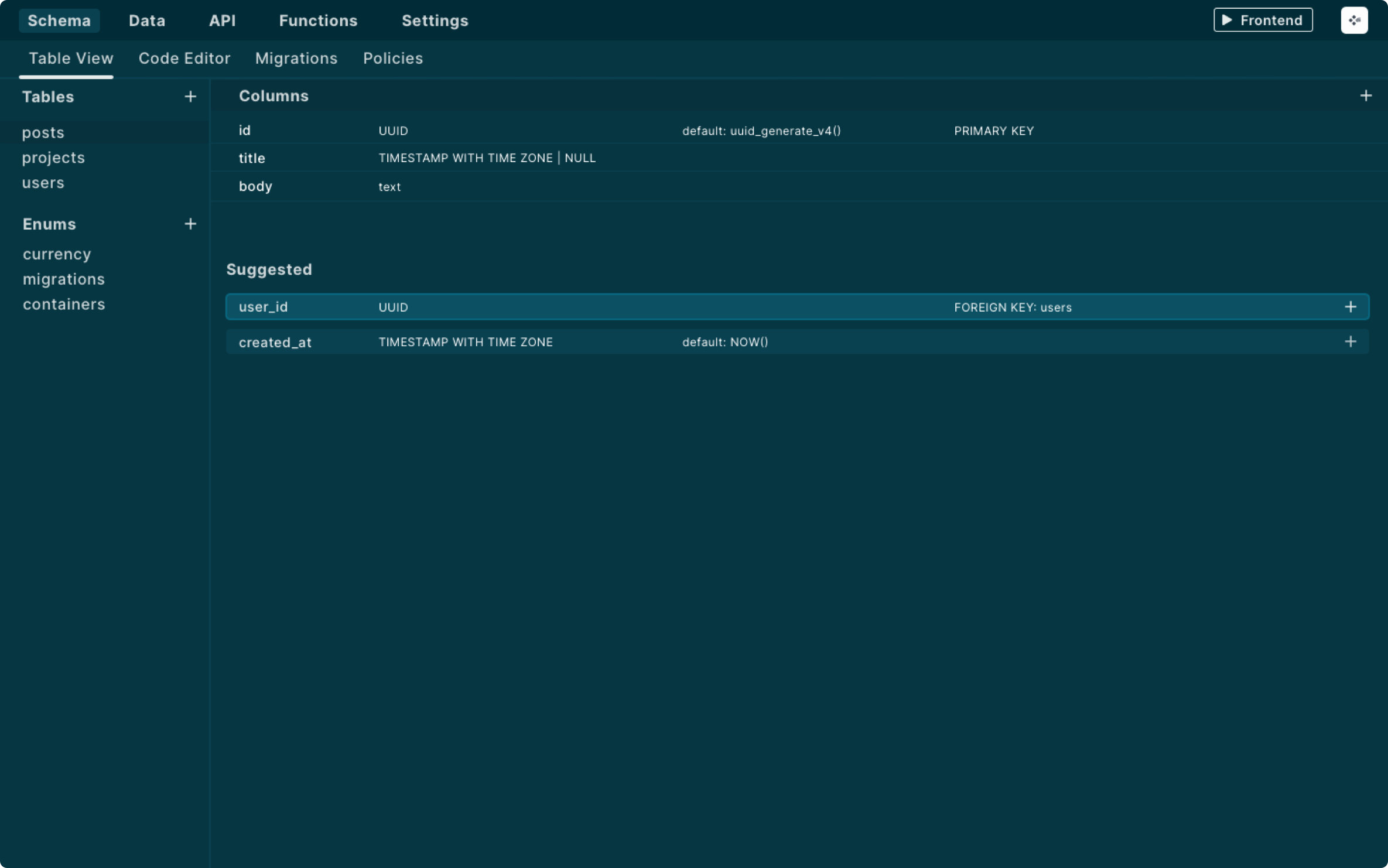 At the center of a Thin application are the data structures. Tables and columns are the basic building blocks used to design backends.

Based on the Schema, Thin derives TypeScript bindings, APIs and Migrations. 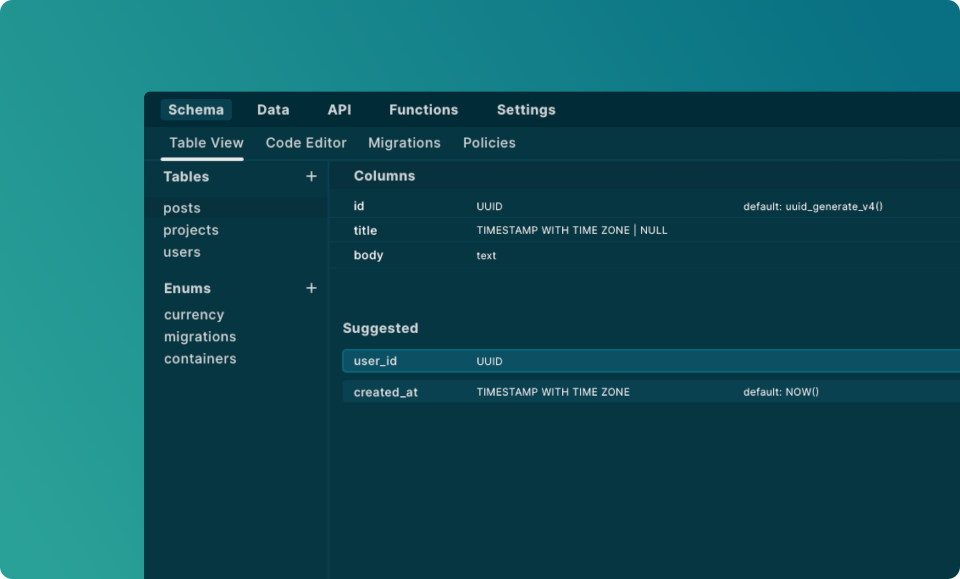 Thin has a built-in GUI-based schema designer. The schema designer helps to quickly build the DDL statements for your database schema without remembering all the PostgreSQL syntax and data types.

Rather work with your keyboard? You can always skip the GUI and go straight to the code editor. If you need to do something advanced which is not supported by the GUI, just manually do it with your code editor of choice.

Create Tables in a Git-like Workflow

Whenever you add or change a table in the Schema Designer, the changes will only be applied to the in-memory schema. The actual postgres database will only be touched when you run migrations.

You can think of this like in a git workflow: In git changes are only applied to the repository history when you do a git commit. In Thin Backend this git commit is running a database migration. 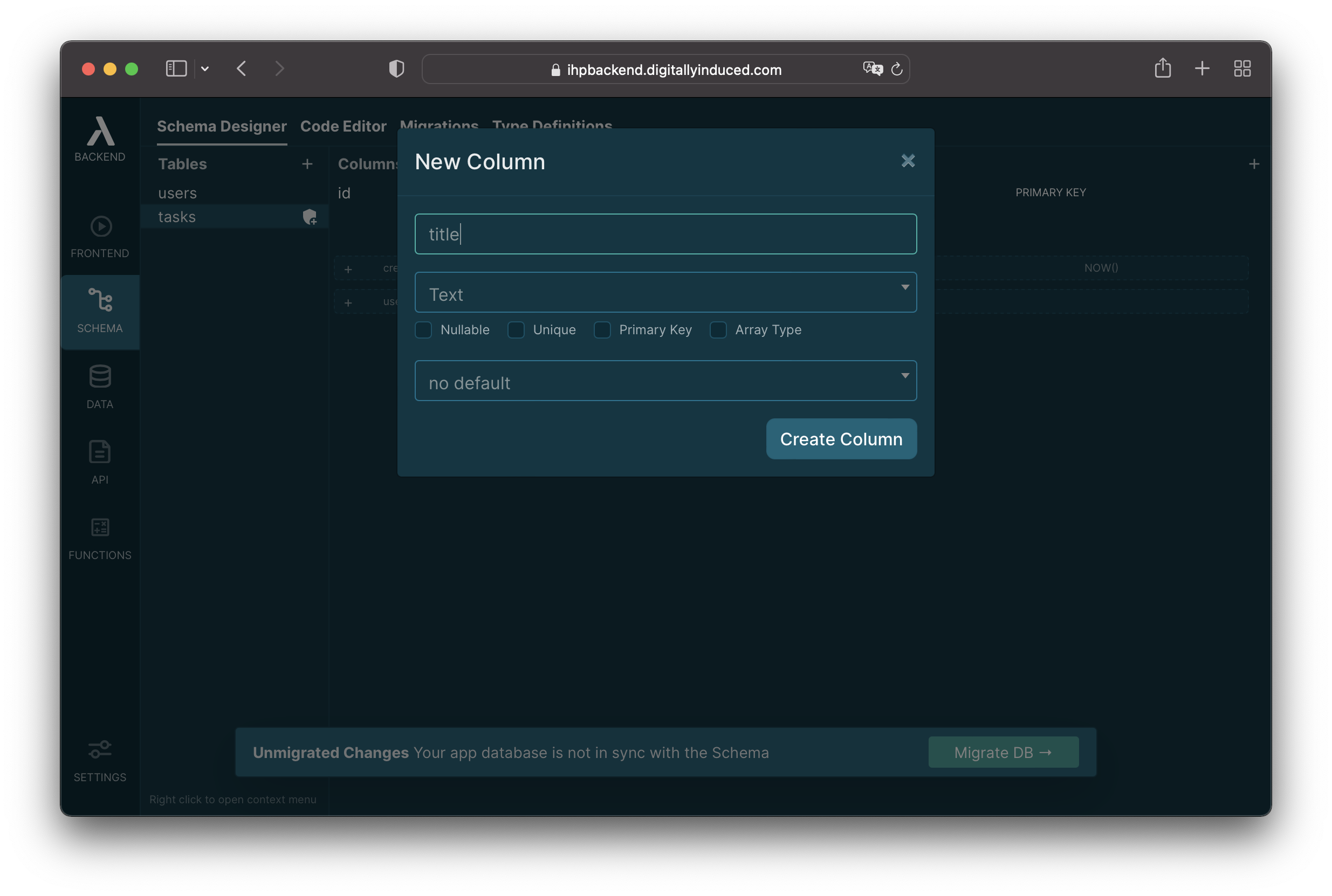 Null Safety: By default all your columns are marked as not null-able. Need to store nulls? Just hit the checkbox. 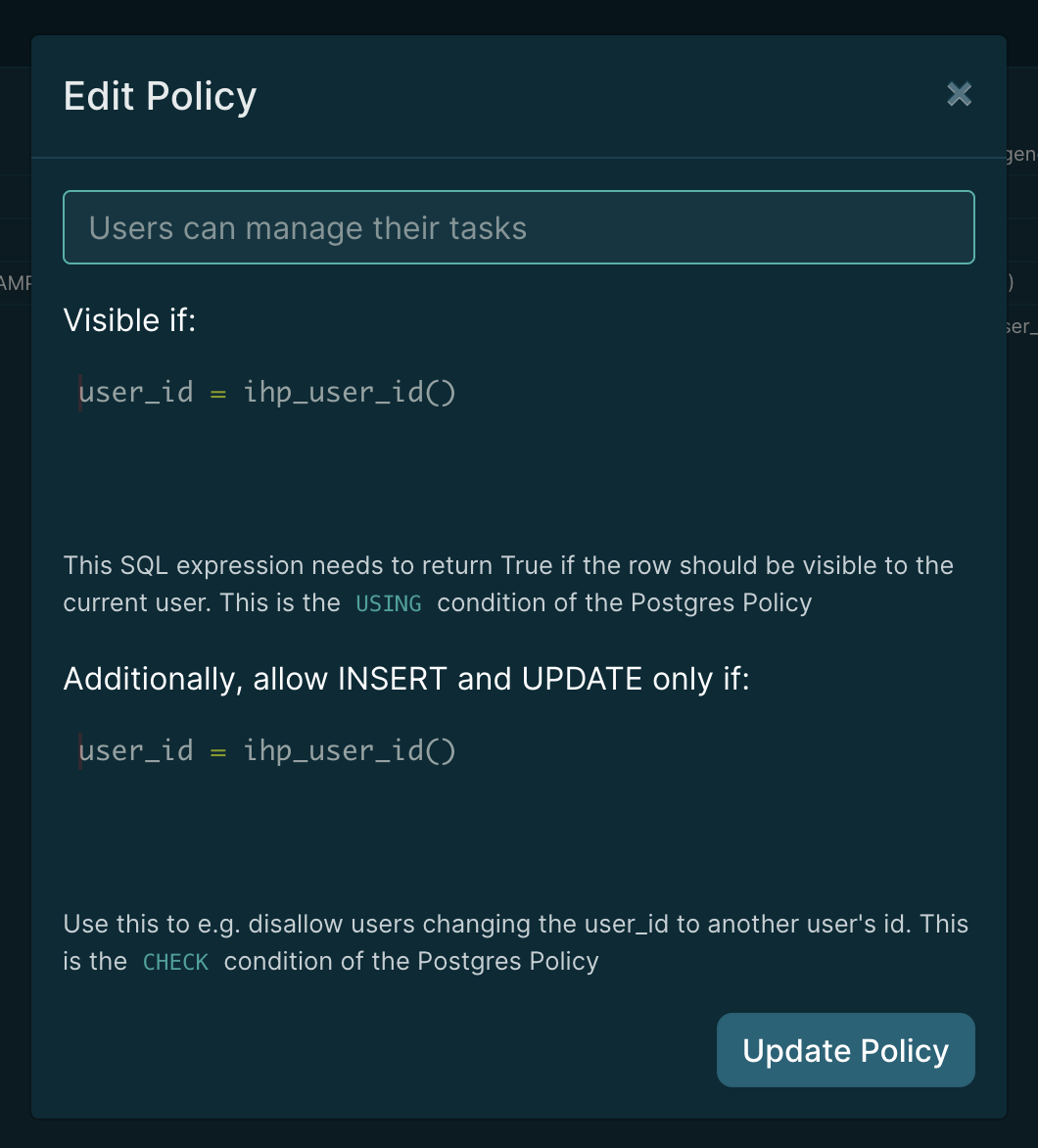 Thin Backend uses Postgres Policies to make sure that users can only see what they're allowed to see.

Based on naming conventions Thin Backend will automatically generate the initial policies for you. You then only need to adjust the default policies based on your needs.

E.g. if you add a column called user_id to your tasks table, it will add a policy that allows users to read their own task records and only add tasks with their own user_id: 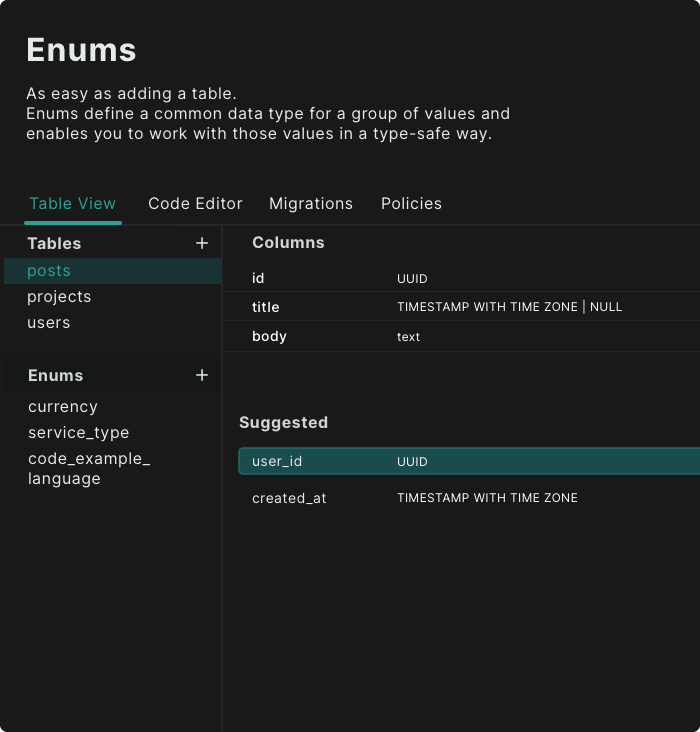 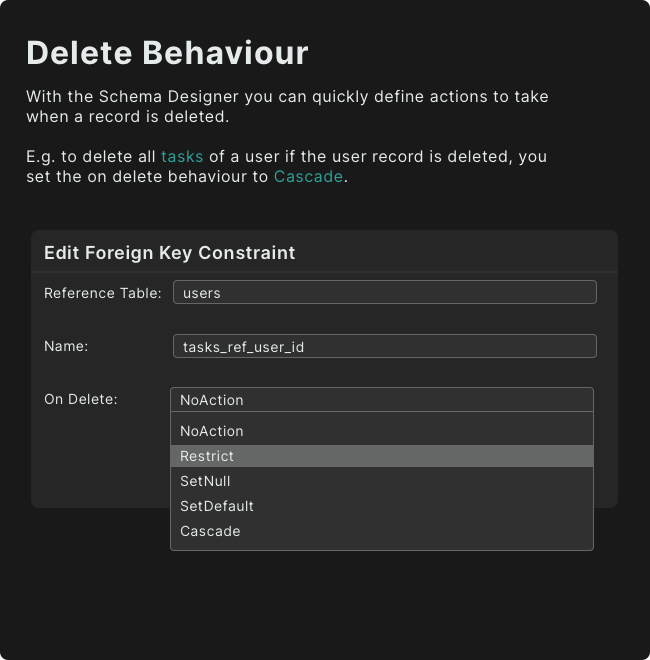 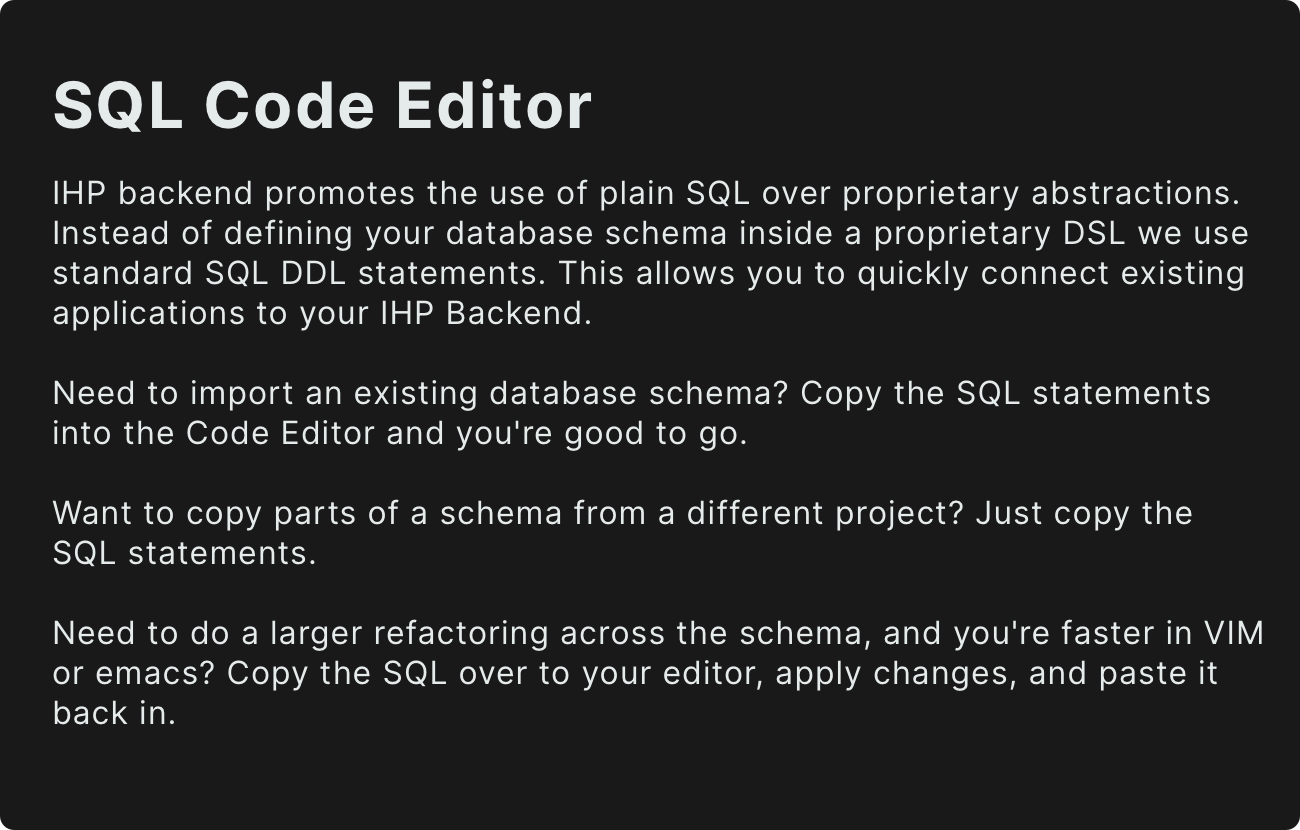 Try out the Schema Designer today and see it for yourself!